How to be the Richest Person in the World Andrew Carnegie, the Scottish-American business tycoon, was arguably the richest American in history.  In 1901, when he sold his company, U.S. Steel, to JP Morgan, Carnegie possessed about $370 billion in economic wealth, in today’s dollars.

Reading the book, Andrew Carnegie, by David Nasaw, dispelled many of the notions I had about this famous man.  I imagined him a hard-driving, money-focused, stern industrialist. Like many great figures, the full description is more colorful, and complicated. After reading the book, I thought about going back and identifying which of his talents, and traits, drove him to become the richest man in the world.

At maybe 5’2 tall in his physical prime, Carnegie definitely possessed an oversized ego. He was very self-confident, and not shy about promoting his value in all aspects of life.  Later in life he provided advise on domestic and global issues to political leaders, including U.S. Presidents – whether they welcomed the advice or not.

Carnegie surrounded himself with talented, dedicated managers. He did not need ‘yes men.’  He accepted differing opinions and was confident enough in himself to accept and consider various viewpoints before making a final decision on business matters.

Carnegie had a talent for identifying, then investing, in high growth enterprises that that capitalized on the paradigm shift occurring in the U.S. in demographics, business and society.  He initially became involved in the telegraph business, but at only 17 years old recognized better long-term opportunity in the growing railroad industry and shifted his career direction. He later foresaw the potential of the steel industry through the need for steel in U.S. infrastructure development as well as technology advances that would drive a high demand for steel production.

Carnegie lived the power of positive thinking and in turn spread this positivity to all the parties involved in or impacted by his ventures. This constant positive attitude helped him get commitment and buy in from critical parties for his ventures.

Be charming and engaging

Carnegie was a master of charm and flattery and used these qualities to win many potential partners and decision makers to his side.  He was also outgoing, curious and engaging.  Even many of his rivals had a hard time disliking him.

Invest in your future

Carnegie always re-invested most of his profits back into his businesses. This was especially seen in his steel business, where he was constantly looking to upgrade technology and steel plant infrastructure.  He realized he needed this re-investment to stay highly competitive over the long-term.

His commitment to re-investing served him well during the financial panic of 1873, as he was able to liquidate several stock and bond investments which helped him keep his core companies afloat.

Now there were some elements of Carnegie’s business philosophy, that while they contributed to his success, were less than admirable.

Engage in profit over principle when necessary

Carnegie prided himself on conducting business in an honest and ethical manner; however, his business dealings often didn’t support this supposed philosophy. In those days, using insider information to gain an advantage in business was commonplace.  With his partners, Carnegie engaged in many profitable investments supported by insider information or favorable terms facilitated by insider relationships.

Carnegie also conducted businesses dealings that could fall under the term ‘crony capitalism.’  One of his ventures involved the building of railroad tracks and bridges to support the expanding needs for transportation.  The railroad company, of which Carnegie was a director, would secure the contracts.  Carnegie and partners would then form a management company to construct the project and charge exorbitant rates to the railroad company.  Carnegie would personally serve as the broker to sell bonds to investors to fund the project and take a healthy broker commission.  Many of these projects were never successfully completed. The emphasis was on investor profit over value creation.

View Employees as Cogs in the Wheel

In the business environment Carnegie operated in, the quality of work conditions for employees was usually substandard and Carnegie’s enterprises were no different.  He battled hard with emerging labor unions to keep hours long and pay contained, all towards the goal of maximizing profitability.

Could Carnegie have become the richest person in the world without these negative elements?  It’s hard to say.  It’s easier to argue that he could have done better in these areas and still earned his way to become an extremely rich man.  By being more progressive with employee conditions, he could have also improved his historical legacy, which is ultimately what was most important to him anyway.

You can’t talk about Carnegie without noting his considerable philanthropy.  Through his foundations he contributed most of his vast wealth to charitable causes. He was the first industrialist to proclaim that wealthy people should make it a life mission to give most of their earnings away to charity. Carnegie was also quite generous with business partners, friends and family.

Perhaps we can try to adopt some aspects of Carnegie’s positive traits to become our own version of the richest person in the world.

The book is a lot to take on!  For a quicker primer, check out this Biography documentary. 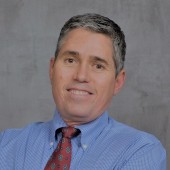 Joy of the People